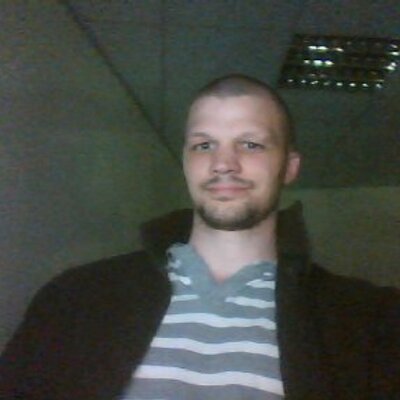 Markus Schirp (twitter, linkedin, homepage) is the author of Mutant, a mutation testing tool for Ruby.

In this interview we’ll cover the topic of mutation testing and the added value of incorporating it in our day to day workflow.

We’ll also cover other quality techniques that can be used to improve end to end quality of software deliverables.

Hello Markus. Can you introduce yourself and talk a bit about your background and what you do?

I invest into, contract for development, and develop applications in various industries.

I also do trainings on mutation testing. My interest shifted away from Ruby a while ago but in my professional life, I still rescue Ruby applications from their state of despair. This has lead me to develop various tools to help with improving these activities.

The reason I’m doing this interview, is that I’m the author of the Ruby mutation testing tool mutant. Mutant allows me to narrow the semantic coverage gap between tests and the code. That’s especially helpful in dynamic languages as these, apart from tests, have no guarantees for the program’s properties at runtime.

Can you give an overview of what mutation testing is and how we can benefit from it?

Note that the following definitions are “my” terms. I made them up for my activities. It’s very likely that not every tool/literature etc you can find will necessarily use the same terms.

Mutation testing is the process of heuristically determining semantics of your program that are not covered by tests. It does not replace a type system, a totality checker or a formal proof. But it can get you closer to those guarantees.

It’s based on the process of automatically identifying changes to your code base that, when run against a relevant subset of the test suite, do not affect the outcome of the tests at all. Such changes are called mutations.

If a mutation that’s applied to your code base does not make the test fail (in mutant’s terms, it stays “alive”), this means one of two things:

It’s up to the developer who reads a mutation testing report to determine which course of action to take. Based on my observations, I think that the more mature the code base is, the more likely it is to run into point 1 from above. Less mature code bases run into point 2 more often.

Do you have specific examples of life saving results, or some weird bugs that were detected right away?

Life saving results, no. Writing software that needs to save lives in Ruby would be a big mistake anyway.

Quite some project saving results though. Pulling off important refactorings at the heart of overgrown rails projects would not be possible for me without being able to “nail down” existing semantics exactly. This allows me to refactor parts of the system without changing these semantics unintentionally.

Weird bugs at the commit stage occur fairly regularly. Oftentimes, your assumptions get challenged. As mutant has ~130 mutation operators (it really depends on how you count them), it’s hard for me to identify specific ones that stand out.

It’s typically most fascinating for me how much “dead” code is hidden in code bases. Imagine a(b(c(d)))) style transforms / filters. Often enough, intermediate stages only have an effect in edge cases, but these either cannot reach that code anymore due to project history, or are totally unspecified. The totally unspecified case often lead to discovering semantic problems that reveal security issues.

Do you feel that by starting to use mutation testing, we start to adapt and change our way of writing code? Like training us to stop doing some patterns that are always caught by Mutant, thus improving our skill set? If so, do any examples of these patterns come to your mind?

A big yes to all. Mutant favors using the simplest possible primitive that fulfills the required semantics. Using a more powerful primitive to do the job a less powerful one could do just as well, is a mistake. The more powerful semantics are simply unused. They lay dormant until, often just by accident, have an undesired effect.

A good example for this is #to_s vs #to_str. Calling #to_s on an object that also supports #to_str is a mistake, assuming #to_str would fulfill all your requirements already. #to_s is supported by many more objects, and has a far wider semantic corpus, one you should opt-into explicitly.

This is the core principle of mutant: You have to prove to the tool that doing something more complex has a verifiable impact on semantics. If it hasn’t, the tool forces you to do the simpler thing.

Training yourself to use the least powerful primitive, or provide proof that you need the more powerful one is a healthy way to align a team of developers. Following this shared axiom reduces code drift, alive mutations and ultimately the time it takes to review code.

So “just” by using mutation testing you get lots of secondary effects that increase a team’s performance.

I can see mutation testing being perfect for pure functions with a fast test suite. But how do you handle code with side effects? Having database calls or slower integration tests? Do you still feel Mutant to be useful on these scenarios? What tips can you provide in this context?

Mutation testing is scalable, as generally the individual mutations are independent from each other. So the general domain of “running a mutation test suite” has good concurrency potential. Only the final report needs all the intermediate results.

If you invest into making your spec suite (unit, integration, whatever) concurrency proof, you can speed up the process quite well.

For databases like postgresql it’s a good idea to isolate the tests in serializable transactions that get rolled back when an individual test has finished. This way you get an almost pristine DB environment where no concurrent effects of adjacent tests (triggered by mutation testing or your own regular tests) can leak. This may fall down in certain edge cases but generally gets you quite far.

Mutant has a unique feature to detect isolation problems. So called noop mutations. They can help you to identify absent isolation preventing concurrency from producing good results. A blog post on these is pending, as other implementors wanted to pick them up.

What about other maybe complementary practices? For example property-based/testing? Do you have experience with it? Are there other practices that can complement or augment mutation testing?

I personally describe it as “orthogonal” to mutation testing. It has some overlapping in terms of “it can prove things about your code base”, but it’s not replacing mutation analysis (or vice versa).

My mental model is close to:

This leads to a hole I’d also like to explore in the future: Fuzz the tests to find the minimal set that covers all mutations ;).

I’ve got experience in property based testing, mostly on Haskell projects, quickcheck and recently hedgehog are the projects used there a lot.

Many mutation operators, especially semantic reduction ones, can be found mirrored in property testing tools’ “reduce” step. Once a property violating input was found, input reduction is performed to present the developer with a “minimal violating input”.

Other good complements of mutation testing are rich type systems. I currently estimate about 90% of the mutations in a typical Ruby project would come back “killed by the type checker” already.

This is an astonishingly high number. Mutations that are killed by the type checker are “tests you do not have to write anymore”. Additionally, type checkers are way more performant than the average unit test.

This is the cornerstone of my opinion that dynamic languages are a smell: They are a form of tech debt, one that has to be very carefully managed. A payment plan has to be ready for that tech debt, including compound interest.

In the presence of strong typing, mutations emitted by the mutation testing engine can also be made more interesting. Type directed mutations can help the engine to identify much more valid high level cases. In some cases, even the types themselves can be mutated to reduce unused expressiveness that the types would permit at the value level. This is an active subject of my personal research.

Type directed mutations are even possible in dynamic languages and I’ve got some private mutant forks that already do some of these.

And stepping away from testing: what other practices would you suggest to improve end to end quality of software deliverables?

I’d like to answer this starting with the axioms behind the best practices, and continuing with showing how these practices are instances of these axioms applied.

My current axioms that are the root of my development practices are:

This boils down to: How do we make it harder to do the wrong thing while making it easier to do the right thing. The answer is tooling. Bicycles for brains.

Applying the first level axioms results in the following ideas that, when embraced by the entire development team, reduce lots of drift. The unreachable ideal is that everybody, given application of the same axioms and derived rules, would write bit wise identical code. This ideal can never be reached but the closer we can get to it, the more healthy the project will be.

I’ll not expand this already long answer with a list of tools/techniques, but rather leave it at these high level abstract ideas.

Awesome. Thanks for sharing all this knowledge. To close the interview I’d like to ask if you can suggest someone for me to interview next.

Try to get @dkubb. I consider him my mentor.

And what kind of topics you’d expect to see in a software engineering management blog?