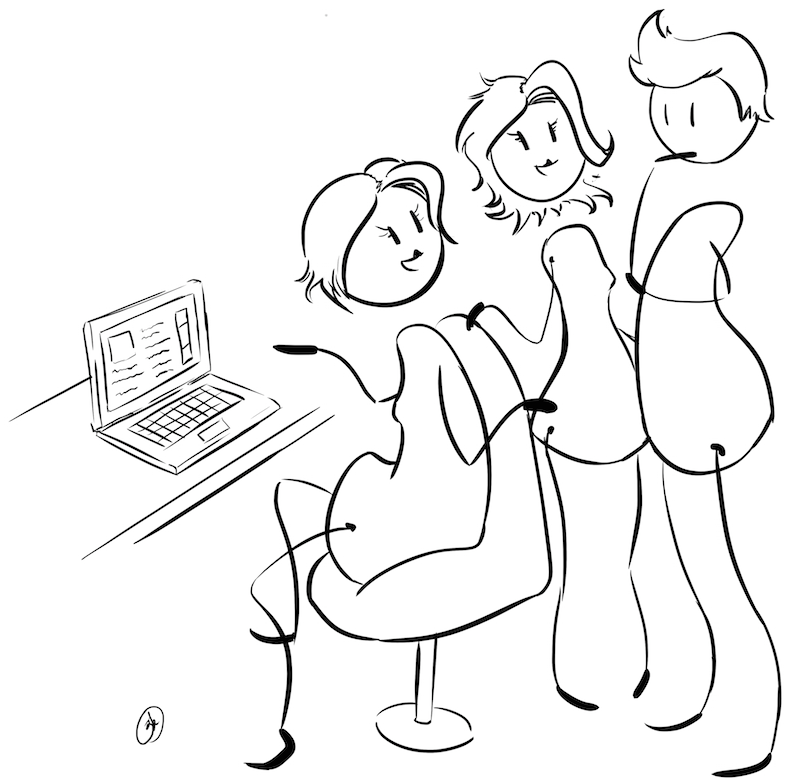 It’s very common to see discussions or debates about different topics. These discussions can be light or very harsh. We may invest hours discussing trivial things or even days aligning on a RFC.

If we have an idea or opinion that we feel is the right one to follow, how can we make sure that we convince our teammates?

It takes practice and training to properly communicate our ideas. Some people will be better doing it in person or in front of an audience, while others may feel that it’s easier to properly structure their thoughts in writing. Different styles that may be used on different scenarios or different audiences. We may be great explaining the low level detail of an algorithm in a commit message, but struggle to present the its benefits in an upper management meeting.

So even if we have good content on our minds, we still need to properly translate it to words. I’ve found that training in public speaking is actually very useful. We may be talking to an audience, or in a meeting with a couple of peers. But in both scenarios we need to convey a message. Our posture and our body language are very important.

Other training that I found useful is negotiation skills and even sales. If we see ourselves in charge of selling our ideas with a win-win mindset, then all the typical sales best practices can be useful.

Our etiquette is also very important. We may communicate our ideas via a decree, disregarding other opinions. But if we want to achieve a joint decision we’ll need to also listen and understand the opinion of other people, and aim to reach a middle ground that is acceptable by everyone.

How can we make the more quiet ones talk more? I’m usually on the dominant side of the discussions. I always have something to say and an opinion to share. But I also try to have some awareness on the overall participation of the audience. So when I see myself with microphone again, one thing that I like to do is to ask the opinion to one of the quiet ones.

Sometimes people are afraid to state their minds. We need to welcome any contributions and make our teammates comfortable in speaking. This can be hard if we have someone in a power position. Sometimes I hear: “Okay, I don’t know if I agree that much, but we’ll follow your direction, you are more experienced.”

This is a huge red flag. This may mean that:

All these options are bad. If this is happening I must try to explain my opinion better. Because we may have a bad option on our table but we may follow it simply because no one questioned it. When I face this sittuation something I like to do is to ask my teammates to explain the pros and cons of my point of view. It will force them to settle their ideas.

Sometimes we are at a stand off. We can’t agree on something and we just keep on that dance trying to convince the other party that we are right. I’ve seen this and sometimes we actually have both parties more focused on being right than reaching a conclusion.

I’ve had many discussions that went this way, and the thing is: they are not productive. So I actually have a rule now: if I can’t have an argument that convinces the other people, I’ll simply join their cause. So I may believe the best direction is up, and they may believe it’s down.

I’ll embrace their opinion. This forces me to better understand the reasoning behind that opinion. I’d say: okay, let’s go down, but how can we handle this and that? I’ll start asking open questions to really understand the other point of view. Because if I’m going to accept it, I really need to understand it.

And some things can happen how:

We change from clashing ideas, to testing an idea.

And this is much more productive in the short run and in the long run. Because the best goal of a debate with our teammates is not being right. The best outcome is to make our teammates feeling comfortable and happy interacting with us.

It’s not about being right

It’s about moving forward. How many times we have had those hourly long discussions and we actually end up not deciding anything? This is a huge productivity sink. Not to mention the harm it does to the recognition and satisfaction of the team members.

Also, being right does not guarantee that we actually chose the best option. If we have people that are very articulated in communicating their ideas, that communicate clearly and with few words, but are advocating for the worst idea, we may decide on a wrong path.

This is why it’s important to have everyone stating their mind. Because the outcome is not to be right, is to reach the best direction to follow.

One thing that may help here is to switch lawyers. After idea presentation and when discussion starts, ask each party to advocate for the other party’s ideas. It will force them to understand the other point of view and not being just focused on their own.

It’s about being aligned

It’s very hard to have consensus and everyone agreeing with each other. In a healthy team people are open and put all the issues they have on the table. They may fight and argue with intensity, knowing that they have a safety net and teammates that trust their inputs.

So what to do when no conclusion is reached? In these situations we should have the one that has ownership in deciding the outcome. This person actually needs to be decisive. It’s not good when we look to someone waiting for a final say, and that person lacks the urge to pick a direction.

Because going on a wrong direction may be better than not having a direction at all.

When an outcome is reached though, all the team should be aligned and motivated to push on that direction. This is very important. Even if I don’t agree with the direction, if it’s something that was preferred by the majority I will do my best to see it happen.

If I was really against it, I may try to propose some trial period, or some milestones to review and assess if we’re doing good. Iterating and keeping adjusting our direction is the best way to go.

How can we get better at discussing ideas? This is something that managers can focus on one-on-ones and include on a training plan.

I’ve read that if two people agree with each other than one of them is not adding value to the discussion. It’s important to welcome feedback and feel safe on discussions. I usually say: “it’s in harsh discussions that we understand each other”.

Healthy teams should have strong discussions and be stronger after them, But that is only possible if we have trust, if everyone is allowed to speak and doesn’t feel repercussions.