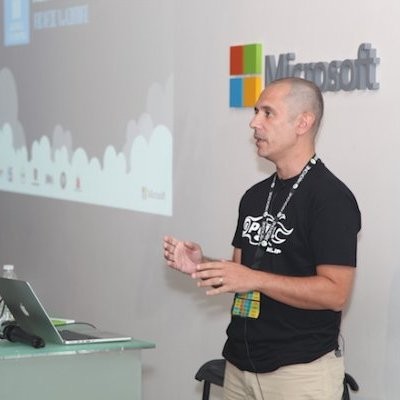 Once upon a time I had a manager that spent the first two weeks of his then new job going through Excel sheets and meetings with the CEO. I had no idea what was going on, none of us in his team had. He was the first to arrive at the office, said good morning to the rest of us as we walked in, had coffee and some informal chats with us about how things were going and for those two weeks that was pretty much it. There was no bossing around or implementing “disruptive” (please do air quotes while reading for full effect) procedures. At some point we were wondering if he was going to do any actual work at all… ever!

Then I had my first one on one with my new manager where he informed me that he expected me to take over the team. That caught me by surprise. I was 25 at the time and zero management experience and this man twice my age that just arrived and apparently did nothing was telling me that is expectation was for me to take over. I asked, rather bluntly, kind of a trademark of mine, if that was what he was working on his first two weeks. He replied “not only, but mostly yes.” I was seriously confused. Excited and curious, but mostly confused. “Why did you spend the first two weeks of your new job picking someone to replace you?” Instead of replying directly he asked me who was going to make decisions while he was on vacation, or got sick. While I was thinking about it he continued with a low tone and almost spooky “or worst”.

That shock value is as a trademark of his as being blunt is a trademark of mine. While I was looking at him like a cat looking at the headlights of a car, he continued to explain that the first job of a manager is to pick who is going to replace him. This is the short version of how I was informed that I just got my first lead role and more relevant than that, how I got the first nugget of leadership wisdom from my mentor who to this day I call my “professional dad”, Luis Gravito. Since then, everytime any of my teams had more than one direct report, I actively prepare the person who will replace me.

Before I move forward to the crux of this post I want to explain the reasons why this matters. The first should be self-evident: succession planning. Preparing the next leaders is key for a strong organisation and the biggest reason why coaching potential managers is one of the aspects of my work at Miniclip I appreciate the most. We must accept the fact that people leave, retire and die and managers are people. Preparing individual contributors for management roles is relevant even if they end up losing interest on management roles because they will have a much stronger business knowledge which is helpful for seniors. The second one, less obvious, is redundancy. Higher level decisions don’t go away when the manager goes for vacation or gets sick. Usually there is kind of a second in command that sort of takes over. Sort of taking over leads to bottleneck situations and bad successions. Preparing the replacement since day one is the right thing to do.

Now we are ready for the crux! If you love them, let them go! What I mean by this is that you will stay in the company but you pass the leadership of your team to the individual contributor you prepared. The reasons for why you would do this are too many to list and discuss but I think another nugget of knowledge by Luis Gravito can summarise it nicely. It’s not verbatim but the spirit of the nugget goes something like this: to lead is to serve your direct reports so that they grow, and your company so that it meets its objectives, even at your own cost.

I did what I’m proposing here a bit more than a year ago. A team I created and managed for almost 4 years was now highly productive. Among other things I did the hiring, established the processes and set the quality standards. It would be easy, even comfortable to stay at the team’s leadership. Several reasons led me to start a new team while leaving the current one in the able hands of the “second in command”. First and foremost, the team became so mature and each of the team members had so much ownership that my role was mostly to attend meetings and help with issues that escalated. Second, my biggest strength is to create and/or mature teams and there was one team that would benefit from this particular strength. It was hard to make that decision but it was the best for the organization, for the old team, for the new team and ultimately for me, although it was risky.

Before I let you go, I want to give you several things to think about. Questions that hopefully will allow some reflexion. Is there anyone in your team that replaces you in your absence? Is that person ready to replace you if you leave definitely? Is your current position the one that mostly benefits your organisation and your direct reports? Is there an opportunity lurking where, at your own risk, you open new possibilities for the organisation and room for growth in your current team? If yes, why aren’t you taking it?

And lastly the big one. Do you care enough about your team members and your company to serve them by letting them go?

PS: Read more from Ricardo on his interview on managing teams.