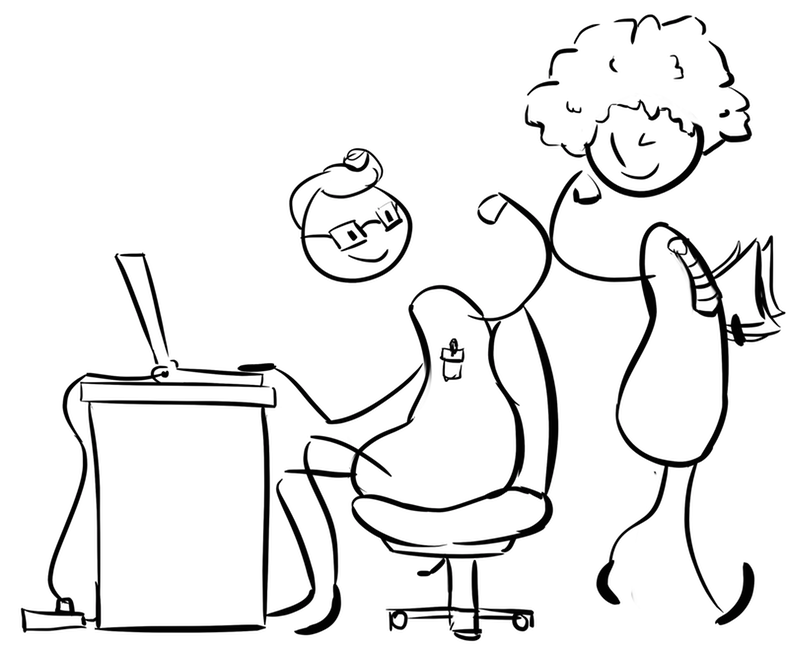 I was always very focused on speed and productivity, but mostly from my point of view. Developing features fast and with quality is still one of my favorite problems to solve. But now that I’m more of a manager, I have to deal with new insights. How can I balance developers that are so fast that they slow the team down?

Usually developers frown on processes. They want to be left alone working on their tasks and concentrated. And indeed that’s the best use of their time. The problems arise when we have several developer threads working in parallel and we need to sync them. So a new favorite problem to solve is how to make developers productive individually while potentiating the team and the overall output of the team. But for that… I need processes.

When we need to go slower to go faster

Let me share an example. I was helping the frontend squad and implemented some logic. While doing that I totally destroyed a visual element. As I’m not that productive with visual things (read CSS and having good taste) I created a task for my colleague to fix what I had broken. This was a minor issue, but we were missing this task to complete a business requirement.

A week or two went by and then I saw a pull request where my colleague removed that broken component. I asked why, and she said that she had talked with the product designer and maybe that was not that important.

So here’s the example of a very fast interaction. The developer went to know more about the bug, talked with someone, and fixed it right away. There was collaboration and autonomy. So where’s the problem? And the problem is context.

We had a requirements document that had that specific use case defined. So even if this fix was indeed very fast, the problem is that not all stakeholders were aware of it. So what could have happened?

So we could end up in the ping pong situation where we bounce back and forth to deliver something. And this is something that I try to avoid, because I believe this is the biggest culprit for slowdown on a healthy team. What should have been done?

Well, this would be slower, but everyone would be on the same page. No unnecessary code would need to be done, but we’d need to wait until all the parties agreed on a course of action.

But that could by itself be cumbersome. So where do we draw the line? How can we take the best out of autonomy and being agile, while having all interested parties agreeing on the course of action?

Well that’s something I’m still trying to solve. One approach is to have parties aligned beforehand (RFC driven development, decision logs) and then have a culture of trust that each teammate will do the best possible to deliver the feature the with most possible added value. This is ongoing work and it’s hard to achieve.

Are we slower when we collaborate?

There’s another example I’d like to mention. I’ve been seeing a trend on Twitter, from developers that I respect a lot, that state that we should not have pull requests. That it’s more important to put things in master and that we can later fix things if necessary. And sometimes, I actually do that. I may be in a hurry, so I create a pull request, the build passes, and I merge it leaving a note saying that I will update things later if anything comes up on a review.

But then we have the problem of context. And that other problem of the quality of our deliverables. One thing that makes software development slower is trying to change code that is hard to understand and too complex. On a mature team with good pull request reviews this problem occurs less times, because we have our peers trying to understand right away what’s happening.

This is another example of a process that could be so fast (oh everything is green, merge away and advance) and also so slow: starting the day and no one took a look at the pull request, or someone actually did and we have dozens of comments to address or discuss.

And what about documentation? This will depend on the DoD of each team, but having documented code (to be used by JavaDocs, JsDocs, etc) and even documenting what was done (how the integration works, how to simulate things, the overview of the data structures) is another example of a process that might slow us down but may boost a teammate in the future.

What can we do?

Collaboration is hard and communication is hard. From my experience, mature teams that are working for a while are able to bypass most of these issues.

But this takes time and investment to build. We need a mindset of constant improvement and leveling up. So what puzzles me is: how can we make this faster? What kind of processes can we implement to be more optimised? And by optimised I mean: having a healthy and highly productive team that delivers value consistently.