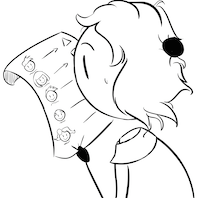 It’s common for me to jump around between projects. For example, I may be working on a backend service and need to jump to a frontend SPA to help the team on some deadline or other specific goal.

But cloning a new project always gives me bad memories. Not being able to run the tests (or not having tests at all), not knowing how to start/run the project (it may have docs for it if I’m lucky). And the worst part: not knowing how to deploy/publish a new version.

To try to address this, I always try to sell the idea that all projects should have a Makefile with a common api for running tests, the app, etc.

The idea is to have a Makefile with typical targets that are present on all projects. For example, all projects should be able to run make test. This is always a bit hard to sell. Developers will argue that they already have yarn test or bundle exec rspec or lein test, etc.

But for something that is picking up the project, that may not be up to date on it, it’s hard to find all the available commands and how to run them. So I suggest that we should have a Makefile with the following targets:

Developers may continue to use their common commands, but this way we have an interface that anyone else can follow.

With a bit of makefile magic we can have an output that shows the available targets and what they do.

Developers end up liking the idea and actually start using the Makefile to add specific project related commands (for example, to fetch/build translations). This is not a replacement for proper documentation, but does help in having a consistent API that facilitates the onboarding of new contributors.