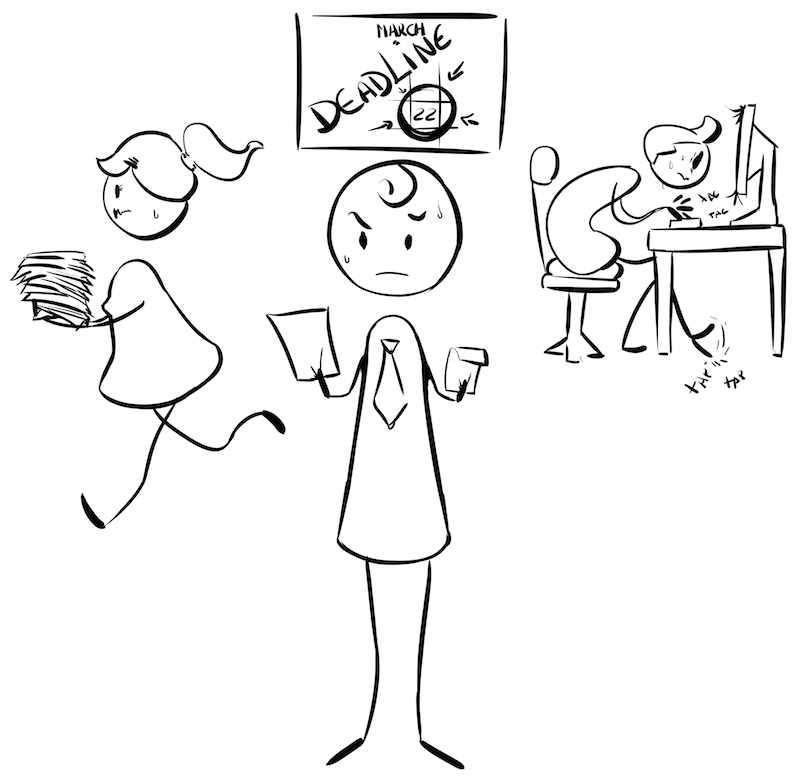 I usually like to ask the following question when I’m interviewing developers:

Imagine that you have a task that you estimated to be 2 weeks. It’s now two weeks from the deadline and you realise that you’ve made a mistake and that the task will take 3 weeks to do. What do you do?

The question is vague on purpose and usually shows how mature the developer is.

There are some that just block and don’t have any feedback to say. But the majority actually say the following two things:

And these are two great responses. I’m usually happy with them. Some people look at me in that specific way while they think: are you expecting me to say that I would work overtime?. Well, I’m actually not.

Ideally what I should have after that question would be a role play where the developer would try to get more information about this problem. That’s why the scenario is so vague, to see who sticks with it, and who questions it and tries to learn more.

The first thing to understand is why we have the deadline in the first place. It’s always important to understand the impact of what we have to do, and there are several possible sources for a deadline:

Planning for the deadline

Assuming that we actually have the deadline and need to do something about it, it’s time to lay down our options and try to work smarter.

If we’re on a tight spot we can also review the amount of unrelated work that the people allocated with that effort have. Sometimes we are in a hurry and still have other obligations like doing recruitment meetings or attending status meetings or global company events. If that’s the case we need to protect the developers and don’t take precious time with things that are not as urgent.

And if we actually need overtime? From my experience, if we have a tight deadline and we have a healthy team that understands the impact of their work, they will be the first ones to be volunteers to get things done. If that’s not the case, then there will be added frustration that will pile up on the frustration debt.

And if we fail the deadline?

So let’s deliver late but also deliver a postmortem that explains what happened:

And the most important part of a postmortem, how will we prevent this from happening again?

What if we don’t fail the deadline but we should have failed it?

Sometimes we push and are able to delivery something. But that may have bugs (see Zero bug policy), add technical debt and the team may not be proud and comfortable with the deliverables. There’s always some line that states the amount of bugs that are allowed. Let’s make sure that everyone agrees on that line.

We should also consider the speed impact that launching a buggy version has. Because bugs will still need to be solved and that is time that will be taken from the next developments.

And the other issue is: what if we achieve the deadline but at the cost of the team being tired and frustrated? Is that trade-off worth it? That will always hurt the healthiness of the team. And add to the frustration debt.

This is never an easy topic and usually the developers are the ones that get the short stick and need to deal with it. But that leaves scars and it’s the management’s responsibility to make sure that doesn’t happen. Whenever there’s a deadline that is hard to achieve, I always assume is the actual management that should be held responsible.